Sexual Orientation and Gender Identity, SOGI Data | How it Impacts Your Discrimination Claim

Sexual Orientation and Gender Identity, SOGI Data | How it Impacts Your Discrimination Claim

Sexual Orientation and Gender Identity, also known as SOGI, was introduced to the world in the Supreme Court case, Bostock v. Clayton County, Georgia. In the case, the court made it clear that companies cannot terminate employment due to transgender status or sexual orientation, as doing so violates the prohibition on sex discrimination in Title VII.

For example, if an employer fires a gay man, but does not also fire a heterosexual man, then they could be opening themselves up to a potential lawsuit. The gay employee would have to show that they were fired due to their sexual orientation, on the basis of Sex and Gender.

Pronoun usage is also relevant under the law. For example, a biological male who identifies as a woman and uses She/Her pronouns cannot be discriminated against in the workplace on the basis of their gender identity.

It’s important to understand the basis of SOGI as a protected class, and how it was integrated into the modern workforce. Employees should know their rights and be prepared to sue if they’ve been discriminated against. Though HR reports are part of the process, they are not the endgame. To resolve your issues and secure compensation, you’ll want to file a sex discrimination claim using a qualified attorney.

What Does SOGI Stand For, Exactly?

SOGI stands for Sexual Orientation and Gender Identity. The EEOC (Equal Employment Opportunity Commission) in 2013 started to allow employees who experience SOGI-based discrimination to file sex discrimination charges under Title VII of the Civil Rights Act. Since this type discrimination, especially against transgenders and the LGBTQ+ community, is based in gender stereotypes, the EEOC categorizes it as part of sex discrimination.

According to data provided by the University of Massachusetts Amherst, approximately 20 states including the District of Columbia prohibit sexual orientation and discrimination by sex or gender. The SOGI at its core applies to everyone, and is a very inclusive term.

Title VII protects all current and former employees as well as applicants or candidates to various positions within companies. All employment statuses are covered, including: full time, part time, temporary, contract, seasonal. SOGI discrimination also applies to heterosexual workers, meaning, an employer cannot discriminate against a person for being Straight or Cisgendered.

Title VII applies only to companies that employ 15 or more employees. Smaller businesses are not covered. For example, a small ice cream shop with just five employees is legally entitled to terminate a gay employee (because of their sexual orientation.

For companies with 15 or more employees, exceptions include tribal nations and some religious institutions that limit hiring to those who carry the same religious beliefs. Even in places where state or local laws do not have provisions, Title VII provides necessary protections in these instances.

How to File a Workplace Discrimination Claim

Typically, Workplace Discrimination Claims are filed with EEOC, or Equal Employment Opportunity Commission. There are several ways to file them, such as:

File a Discrimination Charge Through the EEOC Portal

Use the EEOC public portal to file a discrimination charge. After submitting your report, the EEOC will likely interview you to ask a few clarifying questions about your case.

Use the EEOC Portal to Schedule an In-Person Appointment Online

Schedule an appointment online through the same portal. This appointment will take you to the nearest field office for you to speak with an advocate in-person. Having the opportunity to address your concerns in person can help better assess your situation and quickly guide you to the next step. The EEOC has about 53 field offices, most of which should be in the closest major city to you.

Start the process by phone. Calling the EEOC 800-number is also an option to discuss your situation and determine if your situation is covered by state and county laws.

In addition, the EEOC has agencies that they call Fair Employment Practices Agencies (FEPAs) and have work-sharing agreements to prevent cross-duplication in the reporting process. If you file at a state or local level, you can tell them you want to file as well with the EEOC.

Contact the Local EEOC Office and File by Mail

Another option for you is to file by mail. Typically, you will produce a letter that includes all of the pertinent details as well as the discriminatory action that was taken against you and mail it to the local EEOC office provided through their portal.

Timelines for Filing a Discrimination Charge

There are different timelines for filing a discrimination charge with the EEOC depending on where the incident took place. The time limits for filing are between 180 and 300 calendar days. This limit depends on whether there is both a state and local law prohibiting employment discrimination or whether it is just a local law that makes the prohibition. It’s important to read detailed information about the filing process, talk to a lawyer for specific guidance if necessary, and pay attention to various time limits for filing.

Find a Workplace Discrimination Lawyer to Help in Your Claim

If you find that you’re the victim of discrimination in the workplace, you’ll want to find a skilled lawyer who can handle your case. Contact 1-800-THE-LAW2 today for a free and confidential consultation. We’ll get you connected to a workplace discrimination lawyer in 10 minutes or less. All employees in America have the right to do their job in a safe environment, free from unfair treatment at work. Unfortunately, not all employers live up to this expectation. Instead of providing equal treatment in the workplace, employers often disrespect […] The short answer is: yes in California. If you’re an hourly or non-exempt employee in California, the Supreme Court has ruled that workers must be paid for time spent completing tasks like locking up after work. The California Supreme Court says that […] 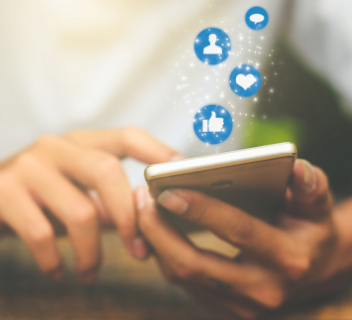 Can Social Media in the Workplace Get You Fired?

Posting on a social media account may seem like a safe place to share your opinion, but depending on the topics you post about, there could be consequences for your statements. Some posts could even lead to you getting fired […]