Home > Auto Accidents > How to Determine Fault in a Car Accident

Proving Fault After a Car Accident

Fault or liability is dependent on determining whose carelessness or negligence is to blame for the car accident.

After an auto accident there are two defenses that need to be weighed: comparative and contributory negligence. These two defenses determine the degree to which either driver is at fault for the crash and how much monetary compensation each driver will provide to cover damages.

Essentially comparative negligence ascribes a percentage of the blame to both parties.

For example if Jane and John get into an accident, John may claim that Jane rear-ended him and therefore owes him compensation for the damage to his vehicle.

Jane may counter with a comparative negligence defense, stating that John was illegally double-parked and his car should have never been in her lane, saddling him with some of the responsibility.

When the case reaches trial the jury may find that John sustained $10,000 worth of damages to his car, but was also 40% liable for the accident. Comparative negligence rules deem that Jane must pay John $6,000 in damages ($10,000 less the 40% he is responsible for).

Contributory negligence which is followed in Alabama, Maryland, North Carolina, Virginia and Washington D.C, states that if the defendant can prove any percentage of liability on the plaintiffs behalf, the plaintiff loses all rights to compensation.

Whether your state follows contributory negligence rules or comparative negligence, there are do’s and don’ts of fault.

Even if you really believe that it was your fault, keep it to yourself. Stick to the facts in your conversations with the other driver and the passengers.

Remain calm and respectful at the scene of the accident. Whether or not the accident was your fault, try to help any victims and respect the other party. Keeping the situation under control signals to witnesses and authorities that you are responsible and will ultimately help determine who is at fault more easily.

Resist any desire to admit that the accident was your fault. If the other parties or witnesses try to provoke you into admitting wrongdoing, step away until the authorities arrive. The last thing you want is to be caught on video or tape admitting fault, apologizing, or recounting any wrongdoing on your part.

Gather evidence at the scene with your phone. Take pictures of the accident, as well as videos. Look for street signs or the layout of the roadways and document everything you can. This will help your insurance company (and your attorney) determine who is at fault.

Police don’t always come to the site of car accidents, but if your collision is big enough, an officer will probably have to make some sort of official report. Be sure to get the names of officers at the scene, the precinct number, and even their badge number. Ask them how to get access to a copy of the report when it is ready. The report will definitely be a factor in determining who is at fault by the insurance companies on all sides.

The type of accident and the position of cars also give clues as to who may be at fault. For example, rear-end collisions are one of the most common types of accidents and the vehicle in the rear is usually at fault. This is because vehicles are supposed to leave enough room between their own car and the vehicle directly in front to navigate safely away from a dangerous situation. If the front car stops suddenly and the rear car still ends up hitting it, they probably weren’t driving safely.

Insurance companies will carry out their own investigations, but the more information you can provide, the better the chance of a favorable outcome. If dealing with insurance companies is too intimidating for you, consider hiring an attorney to represent you.

If you’re worried about having to pay damages after an auto accident, a lawyer could help you sift through your case and identify the proper evidence to prove fault. Remember there are two types of negligence that you could claim and an experienced car accident attorney can help you get the compensation you deserve. What is the Difference Between Negligent and Reckless Driving?

Negligent and reckless driving cases may result in injuries and damages that are essentially the same. If there are similar injuries or damages to one’s property, you may be wondering about the differences when it comes to negligent vs reckless […] What is a Hit and Run?

Hit and runs refer to an auto accident where a vehicle hits a person, object or other vehicle. Then, the driver flees the scene without providing their information. Hit and run statutes vary from state to state, however it is […] 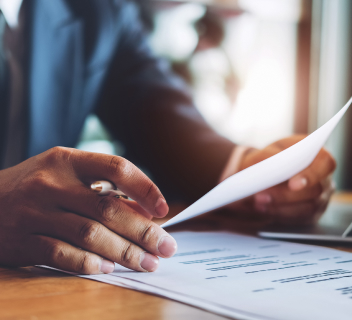 What Can You Sue For in a Car Accident?

After a car accident, you’ll need to determine how to proceed with your case – especially in the event of serious injuries which require regular doctor visits, time off work, or permanent disability. In deciding what you can sue for, […]