Pedestrian Jaywalking Accidents | I Was Hit As a Jaywalker, Can I Sue?

Pedestrian Jaywalking Accidents | I Was Hit As a Jaywalker, Can I Sue?

Listen up, jaywalkers: you DO have rights, and you MAY be able to sue the driver who hit you while crossing the street. The devil is in the details, and whether you can sue depends on a variety of factors.

If you’d like to speak to an attorney about your case, call 1-800-THE-LAW2 for a free consultation with an experienced jaywalking accident attorney.  There’s no commitment required, so we do encourage you to get in touch.

Explore the law surrounding pedestrian jaywalkers and motor vehicle accidents in detail below.

Crossing mid-block, or beyond an intersection, outside of a crosswalk is considered jaywalking.

Jaywalking is illegal, as it is a violation of basic traffic law.

Why Is Jaywalking a Crime?

Pedestrian jaywalkers forfeit the right-of-way to cars and other vehicles. Easier for courts to find you at fault for a collision or other traffic accident, the act of jay walking doesn’t necessarily prevent you from filing a lawsuit. It also does not prevent potentially obtaining compensation, however it does make the legal claim and/or filing a lawsuit slightly more complicated. If a car hits a pedestrian jaywalking, they should still contact a lawyer skilled in pedestrian accidents.

History of Jay-Walking Law in the Early 20th Century

Pedestrian laws as they relate to jay-walking were implemented by car companies in the mid-1900s, due to their incessant political lobbying. As a result, drivers could more freely use roadways in cities. While the United States of America became more car friendly during the Progressive Era reforms, it also became more anti-pedestrian.

Why is Jaywalking a Problem?

Jaywalking accidents, like all other pedestrian accidents, are a problem, because the victim often suffers severe injury. Pedestrian jaywalkers do not have any protection from impact, compared to cars and trucks, which have materials to protect against impact. To minimize the risk of severe bodily injury, it is important that when possible, pedestrians walk at pedestrian cross walk and avoid jay walking.

How Does Jaywalking Impact Your Personal Injury Lawsuit?

Jaywalking is likely to impact your personal injury lawsuit. It may include reducing your total compensation, but it won’t necessarily prevent you from obtaining compensation to cover your losses.

How Do Personal Injury Lawsuits Work Regarding Jay Walking Accidents?

Comparative Fault in the Case of Jay Walker Accidents

Most states implement a principle called pure comparative fault. In other words, you are entitled to sue and obtain compensation even if you are found 99 percent at fault. Your total compensation would simply be reduced by the percentage fault allocated to you.

Many other states implement modified comparative fault. This type allows you to recover, but only if you were 50 percent at fault or less.

Finally, a few states strictly adhere to the principle of contributory fault. In these states, you are unable to obtain any compensation if you are found to be even one percent at fault.

Given the variety of state laws and the unique ways in which your circumstances can affect a court’s evaluation of fault, it’s critical that you consult with an attorney for guidance on your case.

Were you injured by a motor vehicle while crossing the street “illegally”?  If so, don’t hang your head just yet. In most states, the law entitles you to sue and obtain compensation, if you can show that were only partially at-fault for the accident. In many cases, jaywalkers deserve compensation for the losses they suffer.  After all, it’s a fairly innocuous and minor violation. Drivers should pay attention to the roadway at all times.

Call 1-800-THE-LAW2 to connect to an experienced jaywalking accident attorney in just 10 minutes or less. Consultation is free, so don’t delay!  There’s no downside to discussing your case with one of our attorneys. 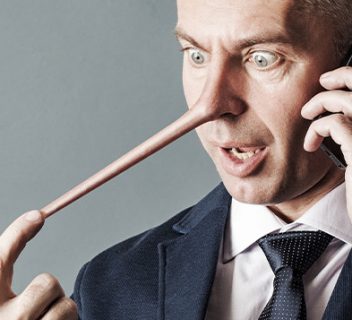 Can You Sue Someone for Lying About a Car Accident? | Auto Accident Lawyers

If you’ve been injured in a car accident, it’s likely that you’re considering whether you can actually sue someone for causing the accident.  This might seem straightforward at first glance, but in reality, many defendants are “shady.”  They hide information, […] Car crash injuries may not always be obvious after an accident. A correlation between the severity of an accident and the injuries sustained does not always exist. Although you may think you are free from injuries, it is always important […]